I wasn't exactly looking forward to the YA novel because, well, I'm not a YA! However, I managed to get hold of a copy of Hate List by Jennifer Brown and I have to admit I was very pleasantly surprised. I'm not really sure why it's classed as YA, other than the fact that it's set in an American high school and the narrator is a teenager who attends it.

Valerie Leftman is not exactly at the centre of school life. In fact she's a bit of an outsider. She and her boyfriend Nick draw up a hate list of all the people who annoy them and Valerie keeps a notebook of what they did and why they deserve to be on the list. She thinks it's a bit of a joke. He brings a shotgun to school one day and starts killing everyone whose name is in the book, before turning the gun on himself. In the chaos Valerie throws herself in front of one of the intended victims and is badly wounded in the leg. Hate List covers the aftermath of the event and how Valerie comes to terms with her part in the massacre, after she wakes up in hospital recovering from her injuries.

For a YA novel it deals with some pretty adult questions: guilt, blame, social isolation, mental health, family relationships, broken marriage, recovery and even forgiveness. At no point does the novel talk down to the reader. In fact, if it hadn't told me it was a YA novel I really wouldn't have realised.

I expected the language to be simplistic, possibly even steeped in slang and repetitive, like, yeah? But this was no Fifty Shades of Grey. It was well written, a damn good story, and full of sympathetic characters even an old bird like me could relate to.

This has been a very pleasant effect of taking part in a book challenge. I read something I otherwise wouldn't have dreamed of picking up, and I thoroughly enjoyed it.

I am quite a fan of some YA fiction and it often surprises me too that it is labelled that way. I suppose it is to get the younger readers to pick it up in the first place. They may not bother if it is not on the YA shelf. The ones I have read did not talk down to the reader and were most gripping and I think it takes a special author to do that. I must have a look at Hate List, it sounds very relevant for today. 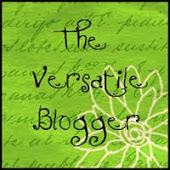